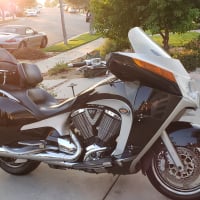 Lately I've been really blown away by the quality of the NI expansions and how enjoyable and creative it can be remixing the kits.

And I've been wondering why the Maschine community doesn't share actual Projects files among themselves more, both as a creative, technical and educational tool/resource. (Other than the Projects that come with the expansions themselves directly from NI.)

Then I realized that there are just too many variables to easily share them in a way that freezes them in a reviewable/editable format, what with the infinite variety of samples, plug-ins, hardware, etc.

But sometimes the most interesting part of the creative process can be the box itself, as commercial artists have known for years. The limitations within which we create can sometimes be invigorating instead of confining.

So I'm proposing an idea I'm calling Inside The Box: Expansions Unleashed or maybe just Expansion Mixtapes, and I'm curious whether any of us might be interested in sharing our output files (in Maschine Project format and possibly documented YouTube performances and/or text notes) with a common set of constraints: only using Maschine/+ (using stock/built-in plug-ins), an agreed-upon NI Expansion and subsets of existing kits (kit sounds could be muted/deleted in patterns but not added/replaced so everyone can see the creative choices made).

Thoughts? Takers? Maybe Jef, Beau, Knock, Barry and others could weigh in?