What album, song, or artist got you into making music in the first place? 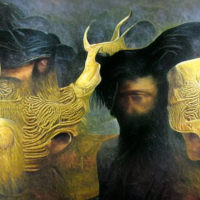 I was always in choirs and into singing when I was younger, but I remember that the band Smash by the band Offspring was the first album that really made me want to be in a band. Years later I heard the song The Influence by Jurassic 5 on the radio and it really pushed me into the direction of becoming a rapper. That was about 20 years ago now and I haven't looked back since. What made you make music in the first place? Do you think their influence is big on your music now?