NI, the future and transparency 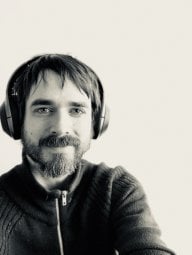 In most of the forums and conversations I'm a part of, there is growing doubt about the future of almost every major NI platform: Kontakt, Maschine, Reaktor, Traktor... all amazing for their time, but with the lack of major updates and the changes in ownership at NI there's a growing fear that one or all of these platforms are on the path to abandonware. In my circles, many people are actively looking for alternatives and rapidly shifting away because of this fear. Given that learning these powerful instruments/software is a multi-year investment on the part of users/musicians, IMO NI needs to do something to address this growing fear.

Remember a couple years ago when everyone felt like Apple was abandoning the pro market? They invited a couple of respected journalists in and gave them a peak at the future. It had a major impact on creative pro users' relationship with Apple.

I think some kind of official policy on transparency from NI would be very helpful in repairing relations with the community and rebuilding trust. If it's true these platforms are being phased out, NI can just stay silent... these rumours are growing quickly on their own. But if there is a long-term future for any (or all) these platforms, NI would do well to find a way to communicate that clearly.