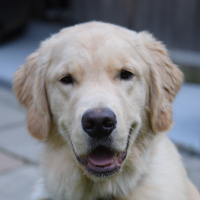 This discussion topic has evolved from another one so I'm creating a new heading for it....

So I have two external midi controllers I'm using (Handsonic HPD-20 and a JamKat from Alternate Mode). I'm a percussionist so these are useful / versatile and allow me to use a combination of hands / sticks to generate the rhythms I want to layer while then using the Mk3 keypad for things like bass lines / drones / keys - more tonal stuff.

Let's say in Group 1 I have two instruments - each controlled with a separate midi controller. Easy enough. After laying down the basic track then I want to switch to group 2 and using the same controllers layer in two additional instruments. Here's where it gets tricky.

At this point I need to route the signal from the midi controllers (their midi out) in such a way as to only play the instruments in group 2 now. To my knowledge based on help from the first discussion, I need to put those instruments in group 2 on a separate midi channel from the ones in group 1 - and then take the midi outs from each controller and switch those to the same channel. That way when I play Group 2 it's only Group 2 that gets added to the mix. If I want to go back to Group 1 I need to switch back to the midi channel controlling Group 1's instruments.

What's kinda frustrating is that NI has figured out a way to ensure that when you play the pads in each group it doesn't activate the sounds in the other groups. I want to achieve this same level of control over Group instrumentation - but with external midi controllers.

I hope that makes sense.

Thanks for any input / suggestions (including any software or gear you might suggest that would do this on a Mac M1 running OS 11 or higher).