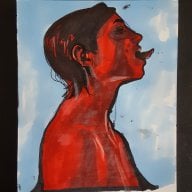 I stumbled over that new version of cloudlabs which can be intermingled with Blocks, comes in a Rack format with presets and allows to piece together a buchla based system with individual blocks!

It is basically what I always hoped would happen sooner or later! Thanks so much to the creators!

I have just installed it and tried to combine it with other blocks (toybox nano). So, haven't really started, yet. But I wanted to explore the Westcoast synthesis approach a bit this year, what with all the options we have by now, be it the westcoast blocks in Prime or maybe configure something ourselves.

So, if you are interested, chime in with your westcoast-y experiences, would love to hear from you!