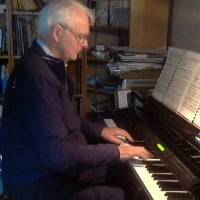 There are quite a few items in the Kontakt Scripting Workshop concerning instrument editing which have nothing to do with scripts. At least some of them have been relocated there from the main forum, presumably by some well-meaning moderator who thinks that instrument editing can only be done by script. I wrote a post drawing attention to this, and guess what?... it was promptly moved to the Scripting Workshop. I guess that has an entertaining symmetry of its own.

My main concern is that the original poster may have no means of knowing that his post has been inappropriately moved, or where to find it.

If the Scripting Workshop is to be used for all instrument editing matters should we avoid confusion by changing the name to Instrument Editing Workshop? In fact the main forum is getting so cluttered with people having problems working their libraries and DAWs that perhaps an entirely new subforum with that name might be appropriate?