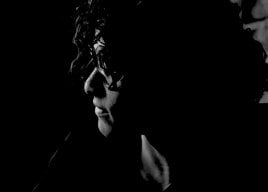 Recently, I created a Kontakt outputs preset with multiple outputs (mono and stereo) set up to use for Studio Drummer in Kontakt. My DAW of choice for production is Studio One and I use Kontakt as a plug-in inside of Studio One, connecting multiple instrument tracks (MIDI tracks) to available outputs in Kontakt. My outputs only appear as whatever my default Kontakt output selection is, and when I try to select a different output (like my drums multi-output preset) it updates in the plug-in itself, but it won't update Kontakt in Studio One to show the new outputs that should be available. So basically, I can't get Studio One to recognize different presets that I select in the Kontakt plug-in, it only wants to recognize the default Kontakt output selection, leaving me with the default Kontakt outputs as available channels in Studio One.

This prohibits me from using Kontakt for other multi-outs settings that I need. For instance, sometimes I need to use Kontakt as a plug-in for 8 stereo outs for keyboards and synths. Other times, and I may need a different instance of Kontakt for the drums multi-outs preset. If Studio One only wants to recognize what I've set as the default output selection in Kontakt, I don't have flexibility.

Has anyone else experienced this or does somebody have a clue of how to fix this?