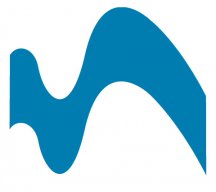 I have an issue with the automation in KK.

Sometimes (Most of the time) the KK parameters doesn't react to automation (and i have enabled automation in PT :-)) then, if I deactivate the plugin, and reactivate it, it will work.

Now I have made a lot of automation in some macros on Massive X in KK, and after some time it won't react even though i can see the automation in PT.

This is not a noob issue error 40. I am an experienced PT user.

Have any of you had similar experience, and do you know what causes the issue?