Traktor slowing music down suddenly whilst playing a set 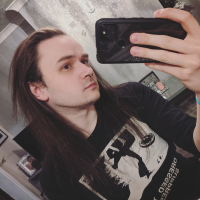 Before I start, I'd like to mention I have followed all of the Windows Tuning Tips recommended by NI, and I only use my laptop for DJing.

I'll be in the middle of playing a set, and all of a sudden my music will slow down in playback speed and distort. It's like someone dropped the tempo down to half its original speed, and the only way to fix it is to open up my settings, change the Audio Device to something other than my controller, and then switch it back. It's an absolute nightmare when you have a dancefloor going and suddenly the music distorts weirdly and cuts out, as it completely kills the vibe and almost sends me into a full anxiety attack.

I've been having this issue for the last week, since I updated the Traktor S2 MK3 firmware and the hardware drivers for Traktor Pro 3. I didn't have this problem before, and was able to have my latency as low as 256 comfortably. I have it at 1024 currently, and this does seem to help with the issue, but it doesn't prevent it completely. I have zero idea why this is suddenly a problem, my laptop is more than capable of handling live audio processing (it's a HP Omen 16-c0009na that's a couple of months old). I'm running a fresh install of Windows 11 and I've removed basically everything other than Traktor and my music collection from the SSD.

Does anyone have any idea what could be causing the issue and how I could go about fixing it? Any advice would be great, thank you.