Why do my Maschine transport buttons also trigger a VST instrument?

I have Maschine MK3 with Cubase 10 Pro. I'm running them on my Mac M1.

I found a tutorial how to set up Maschine to also use transport controls in Cubase.

I want to have all other pads assigned to regular pads and transport control to control the Play and Stop buttons.

But for some reason when I set it up, the transport buttons also trigger piano keys in a VST. So when I press play the project in Cubase starts running, but with it it also triggers the sounds in my VST.

I don't underrstand how to turn this off.

In my Cubase settings I added a new Mackie Control and assigned the input and output ports to Machine MK3 Virtual input/output.

There is an option to select Machine MK3 as both input and output, but it didn't trigger anything, so I selected the Virtual ones. 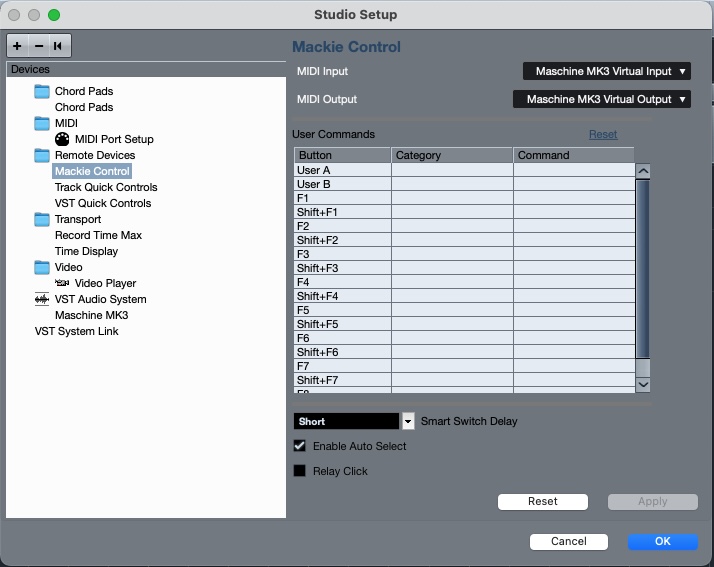 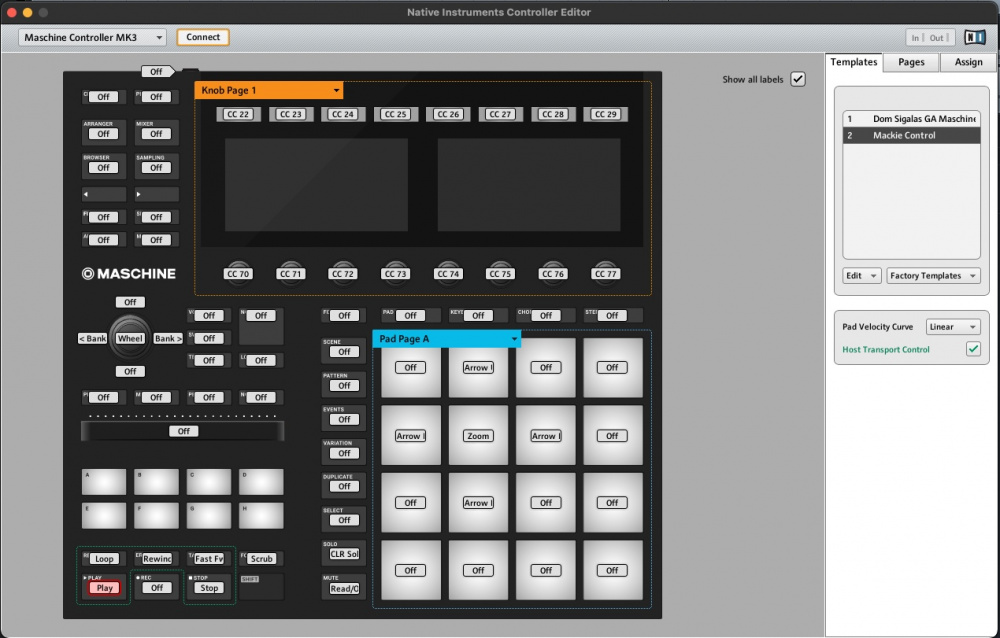 At the moment the pads on the right are assigned to some functions, but I will change those to trigger the actual sounds later, so I don't care about that for the moment.

Then I select the Play button and assign it to the "Play" function, which has the Parameter ID 94. 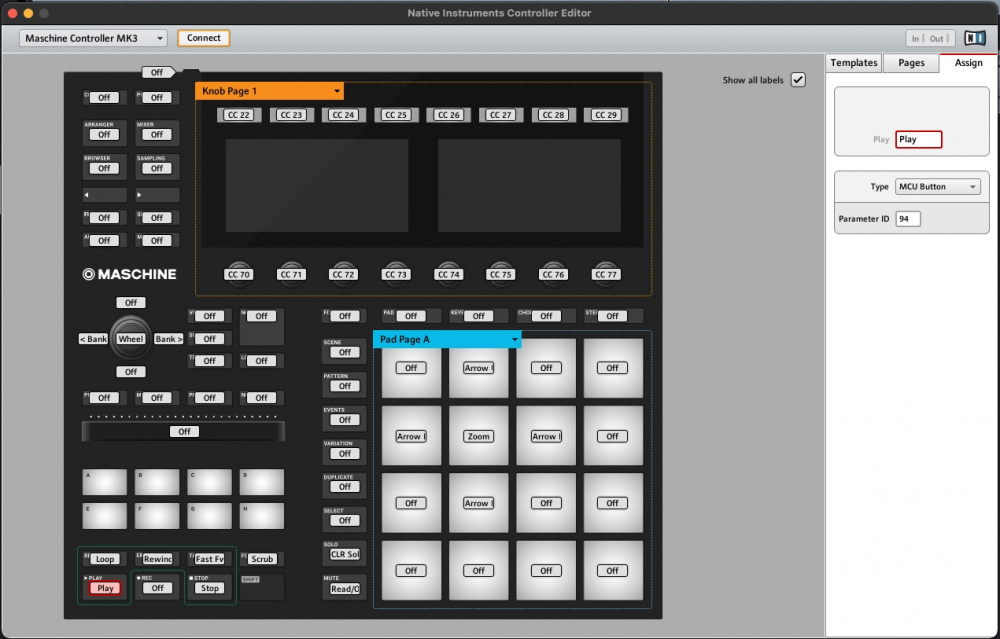 So now to my understanding only the Play function is assigned to this button. It shouldn't be allowed to trigger anything else. Right?

So how come when I now press Play it also triggers some high pitched noise from my VST?

And the same with other transport buttons.