Can we resurrect Absynth? 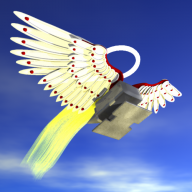 Okay, Komplete 14, lovely huge expansive pack of sounds, synths, and effects, and I am here for it. Literally. I have it, so I'm here.

But one item got left behind. For reasons, Absynth was left out of the newest pack, and I can understand how hard it can be to update a classic instrument to new hardware and OS ecosystems. That's a shame.

So what does this have to do with the Reaktor forum? Reaktor is already host to several synths and synth tools, including Form, Rounds, Razor, Spark, Prism... if Reaktor can handle that beast, I would expect it to be able to emulate Absynth.

Unfortunately, I don't have the skills to make this happen. Is there someone out there who works a lot in Reaktor and likes Absynth enough to advise? Or is this something NI could be sold on if enough people ask for it?