Recently purchased a Komplete S49 MK2 and loaded everything up on a all new NUC9i9, Windows 11, Cubase 12 Pro, M-Audio 192/14 Interface and worked great for 2 days. Fresh install of everything.

I first encountered the freeze screen on the Controller at power on/boot up which searched for a fix and did the usual checking of running processes etc which all where running and the controller worked with lights and sound on cubase screen but no access viewing anything on Komplete screen.

Checked in Cubase Midi settings and noticed the Komplete Kontrol DAW 1 Driver was not listed anymore.

I still cannot see the “Komplete Kontrol DAW 1 Driver in Cubase. But have the other 2 drivers showing in both Komplete Kontakt and Cubase and services are all running, just no DAW 1 Driver.

The problem I have is that I now have no lit “Mixer” button to show my track volume levels, and I know the 4D joystick doesn’t respond either. i can scroll through the menus in Cubase and see them on Controllers screen so it’s like the Browser , Plug-in , Instance, MIDI, Setup Buttons ‘work’ but the “Mixer” button does not.

The only thing I can find is from this older thread; https://www.native-instruments.com/forum/threads/missing-komplete-kontrol-daw-1-driver-massively-confused.312734/

However I did find this In Regedit so maybe it could be a simple modifying of a few strings/things?. I’be spent 6hrs trying to resolve it and this is my last resort to post here. I’m running out of ideas and would prefer not to load windows on again as it’s a clean install already. Everything’s legit software/hardware.

The only thing I can think of is I’ve overlooked a registry clean with CCleaner or the USB port is faulty. (Have tried several other cables and USB ports, also in different order on reinstalls of Komplete Drivers etc.

Im hoping it’s software and someone has a solution or better still NI update with bug fixes. It’s got to be something simple as it worked fine and then bugged out.

So Thanks for your time everyone who reads and in same position and hope we’ll sort this little issue out soon. 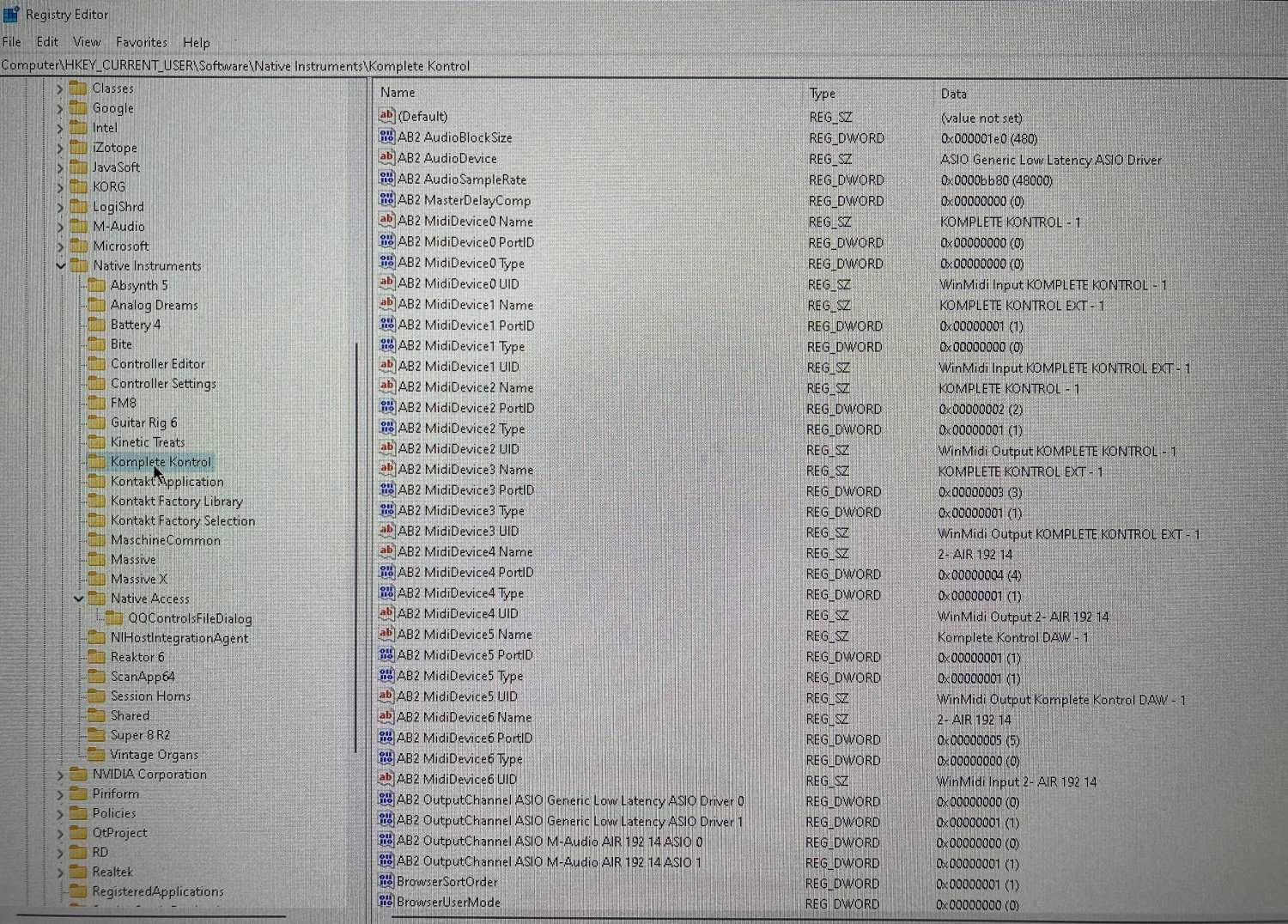 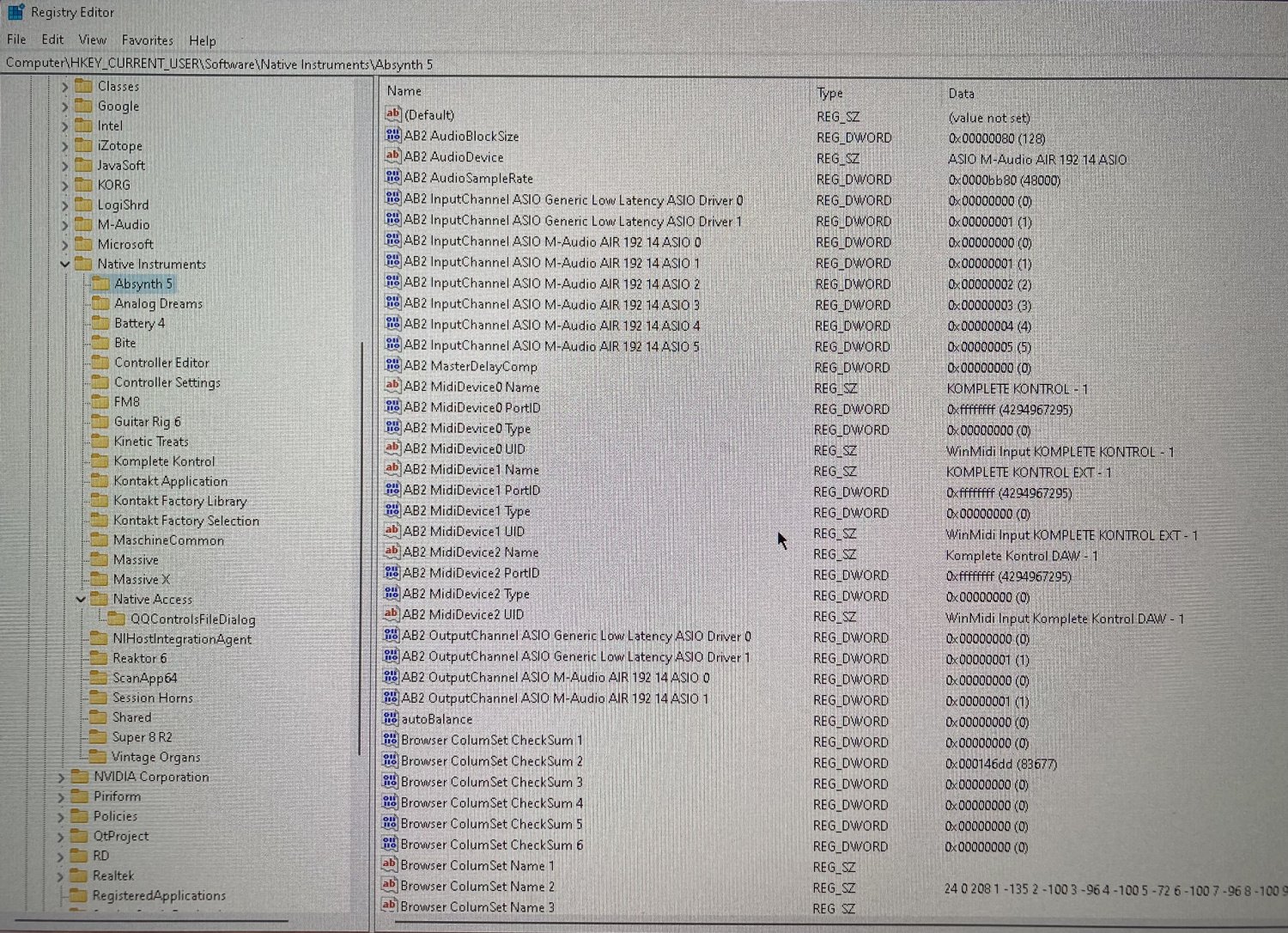 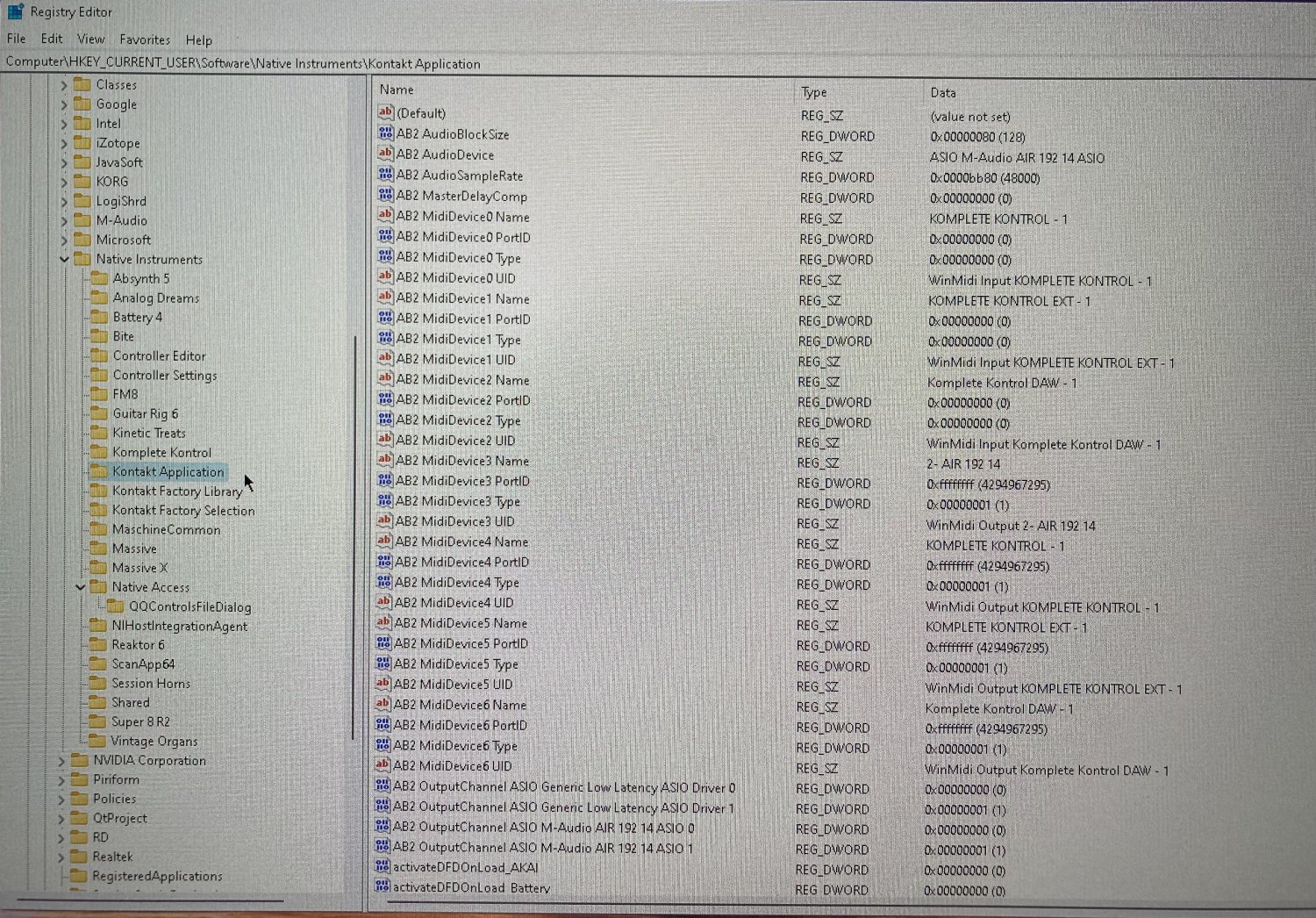