Hi, Im building a mixer that needs a lot of controls going in and I used the very simple multiplexing macros from the block template kit, however, whenever the core cell recompiles it causes tons of issues (that little orange bar takes forever to finish and on my laptop which was lower power it would crash at a certain point). I know there are macros in the partials framework that may help with more efficient multiplexing, there are also macros "smart value" and threadsafe but I don't know how to use the documents don't cover this issue. Does anyone know, or can point me to a resource that helps me solve this compiling/initialization problem im having? I have some screenshots belowof the mux setup and a .ens that has the mixer in it for anyone willing go give it a look over. Love you all. 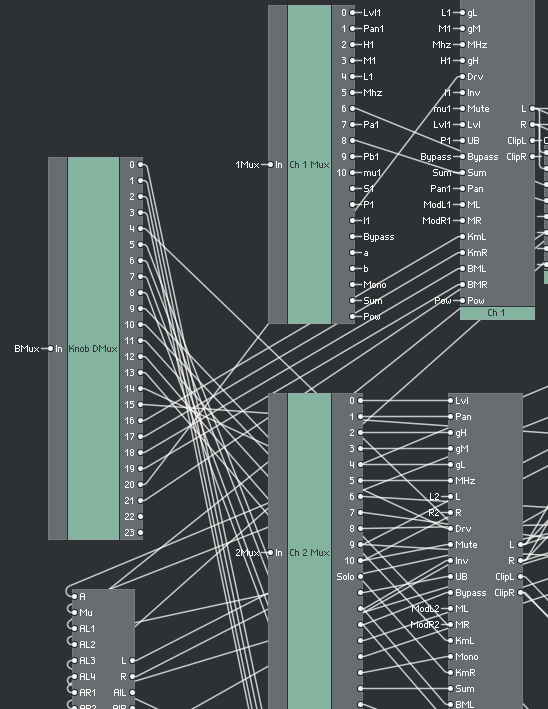 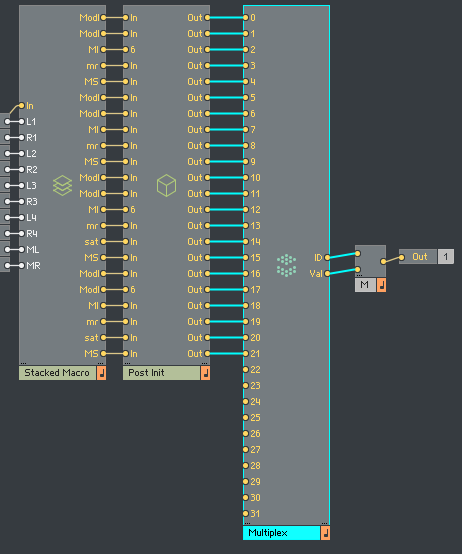