Do not buy Apple right now .. just wait a little bit for them to catch their mistakes. 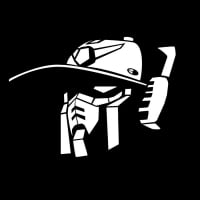 There is no other way to put it, I LOVE the Maschine (got my self the M+), the Komplete keyboard (albeit I still haven't taken it out of the box, long story for another time), and I love using them with Mac computers. Typically I've worked on Macbook Pros because I also DJ with the Z2 mixer and Traktor. I've been meaning to get some new computers for my home/mobile set up, just one problem... actually a couple...

Apple dropped the ball on their new Macbook Pros and Mac Studio + Display.

I'll drop some links below for these, but the bottom line is you should not buy any new Apple products at this moment. Early adoption with new gear can be a risk, but thankfully with companies like NI with some of their more flagship platforms, they keep things solid with little to no major issues. Some things would be nice additions... internal battery... I know you were thinking it too... but for the most part solid. Yet much of the issues with the new Mac products from apple may be a detriment to your workflow.

What I would recommend is reaching out to apple via their feedback form and let them know why you will wait for them to make their corrections.

Again, I can't stress enough, I adore using Native Instruments and Mac computers as one. It's my bread and butter, it's how I make things happen. I want to support both companies doing amazing things with their technologies, but I prefer to wait for good things to happen. I waited from the Mk1 Maschine until the Maschine Plus. Now after a decade with my iMac and Macbook Pro, I was hoping to make the next step... but not until these glaring issues are worked out.

Since I can't articulate the issues as well, I'll let some other people tackle this: