I recently updated my NI Products and now I can't start Massive X anymore. It seems, that it isn't installed but Native Access shows that it is. I tried to reinstall Massive X without any effect. It's also confusing, that the installed version is 0.0.0 and there is now installed path. 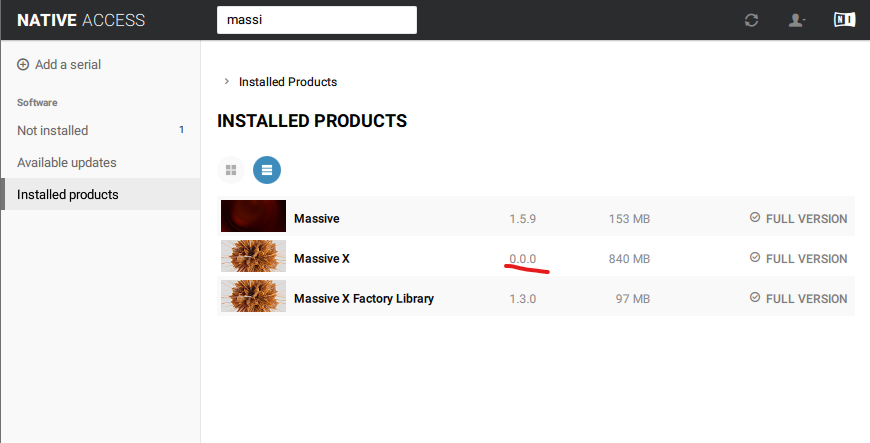 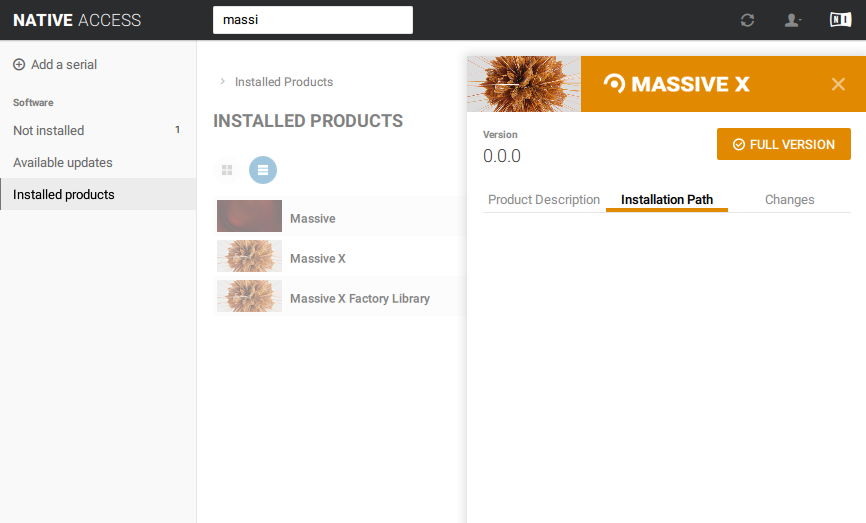