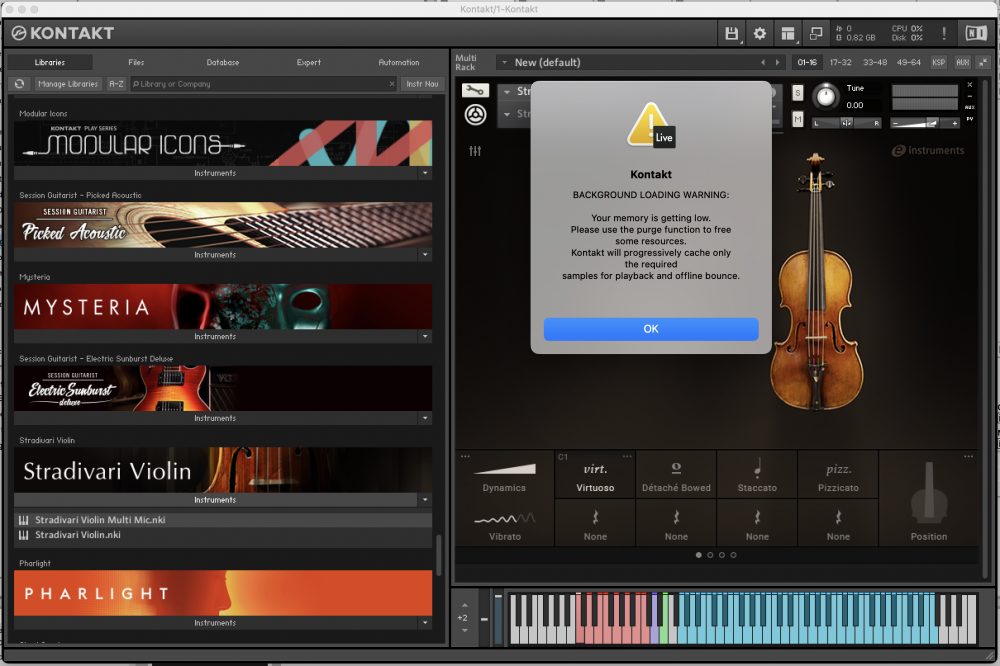 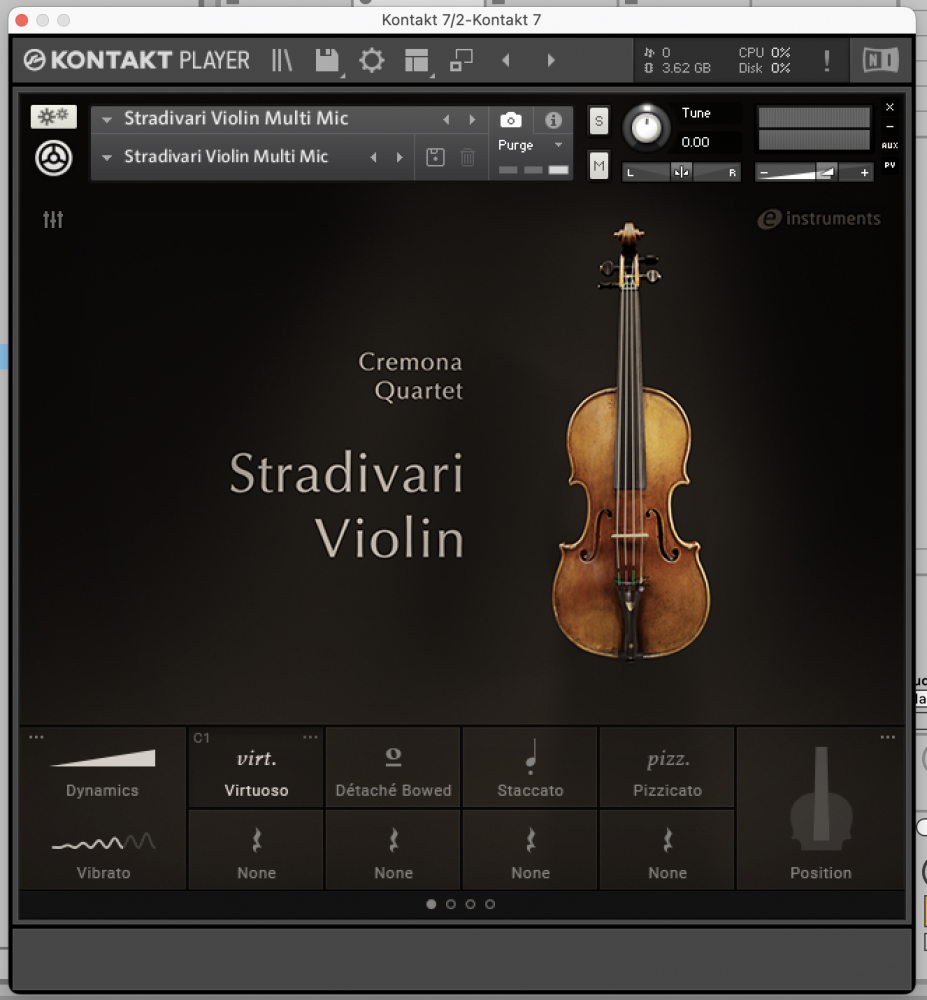 Using the native version of Kontakt for M1 became frustrating.

There is a seriously annoying bug where every istance of Kontakt can allocate a MAX of 1GB of RAM, not more.

So instruments as Stradivari Violin (especially in the multiMic version), or stacking more than 2 instruments, became unusable (every time that you try to load a technique or the plugin again appears a "background loading warning" popup).

This is a problem only on Kontakt 6.7.1 NATIVE VERSION (both AU and VST).

(I tried both Logic and Ableton Live, same problem)

Opening the DAWs under Rosetta make the problem disappear.

For curiosity I downloaded Kontakt 7 PLAYER to find out if the things were different.

Kontakt 7 DOES NOT HAVE THIS PROBLEM (nor in the VST or in the AU).

Opening the DAWs under rosetta is not a solution, it's a bad workaround (worse performances).