How to move samples to another folder/hard drive without retagging the library? 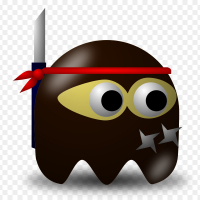 Maschine Library information - All my taggings 😲

.... getting lost when shifting samples to another location

since I'm rather new in the NI universe with my Maschine, I might not be aware of some other solutions although I tried to Google for it - So, sorry if this is a kind of a double post. As well I would state out that I don't take any responsibility for offering the best and right solution and, if you crash your Software.

However if you are not a complete newbee when it comes to computers you might manage that.

I started tagging some of my samples in the Maschine software library. Then I came to the conclusion better moving my samples to another folder or harddrive location. Ups, I found no way inside the software to move the samples and just correct the path information - So I had to tag all again - Very frustrating 😡

- Good that I was just at the beginning but I though what will be if I spend in totals some hours in future to have a good tagged and informative library when I have to move once my software or replace some hardware? - I started thinking if it's then really worth while spending time to feed the library when I cannot transfer/move it in the future. Never the less,

I thought NI has to store these library information somwhere and I just have to find it, get access and hopefully just replace the path info to let it run again. Short summarize: I manage it (very fast and easily).

Short info in between: I'm a Windows user however I assume this will work for MAC as well with some slight differences, which can be easily solved if you are a little bit more advanced.

First I where researching the internal Windows Registry if there are some information about - For shure there are NI data in, but not that what I need for the library data. So I where searching a little bit in my folders on my harddrive and found a database file where it seems that NI stores the whole library information (now the difference between MAC and PC - MAC users might have another path and you have to search for yourself). I found my responsible library database under:

There might be several NI subfolders - Probably depending on your NI products you have. One should be Maschine 2 (if the software is installed). So finally the folder is:

If you open that folder and make absolutly sure that any NI software especially Maschine is not running you find a file called: komplete.db3

This is the library file where all information are stored. btw, I recommend to do a backup from this file from time to time to keep your library data available for any crashes.

Digging a little bit deeper into that database file, it seems that it's a least a kind of a sqlite library but I'm not that SQL guru/user and if your are more familiar I can at least post that dumpint to an text file, changing there the info and build it back again as sqlite db end up with some errors and the library didn't work anymore. So I end up doing the changes via the db software.