Specs: MK3 on Win 10 / 11th gen i5 / 16gb RAM using Maschine as standalone program. Internet off, antivirus off, all steps in NI guide to optimization gone through. Latmon displays no issues. Buffer set to 1048ms

I am just preparing several projects for live performance

In order to cut down on CPU, I (as recommended) rendered tracks to audio to save on CPU usage by plugins, vsts etc.

So now I have a project which is around 5-6 minutes long with various long renders of audio as you can see below: 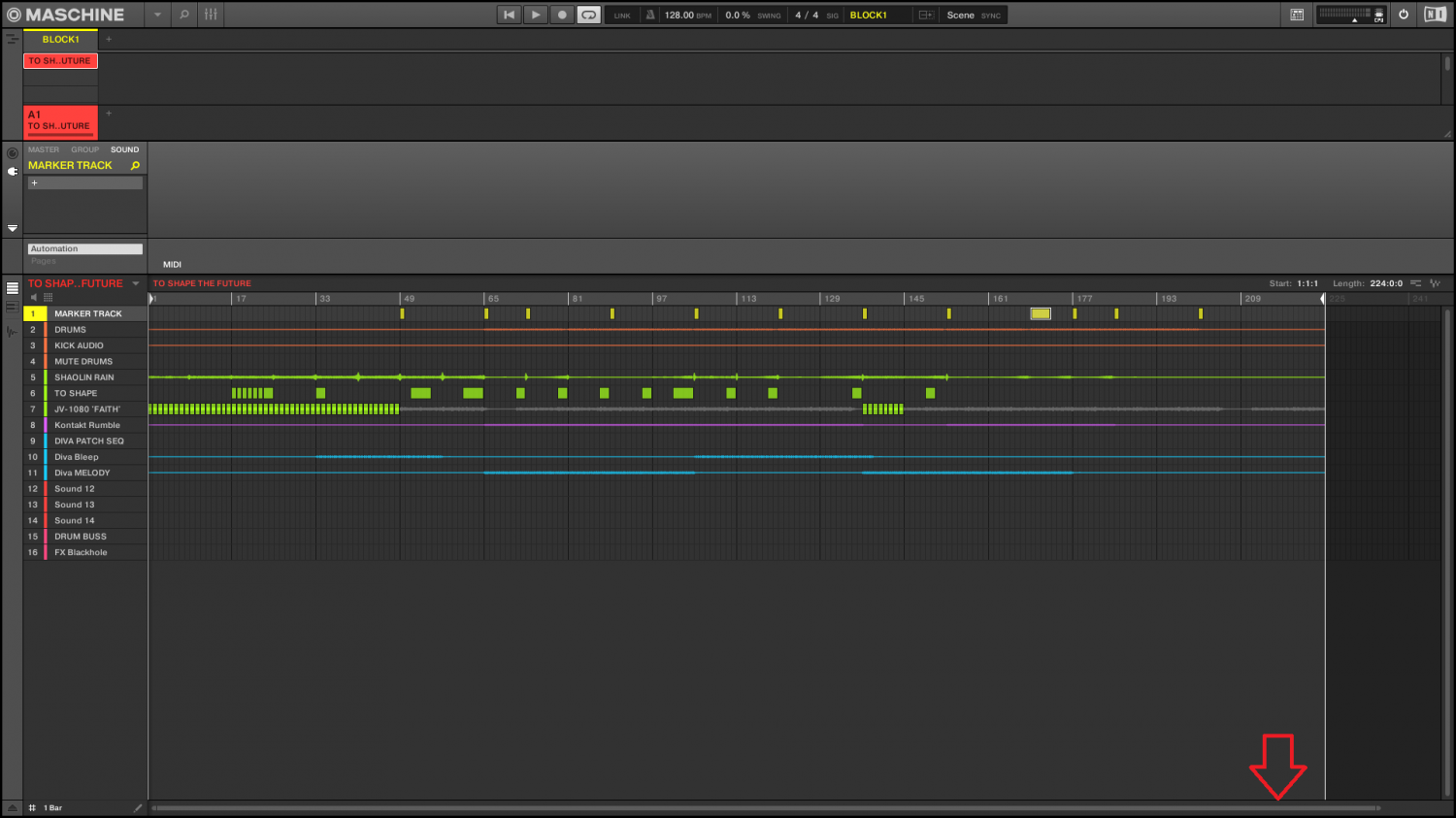 However, when I resize or move the pattern display window (see arrow), I get massive spikes of CPU in both Maschine and task manager - often around 100%

This then in turn causes stutters and breaking up of audio.

I believe its related to the redrawing of the waveforms in the pattern display, which get bigger and smaller as you change the focus size of the window

If I go into my 'marker' track - which just displays empty MIDI notes as time markers (see below), the issue disappears: 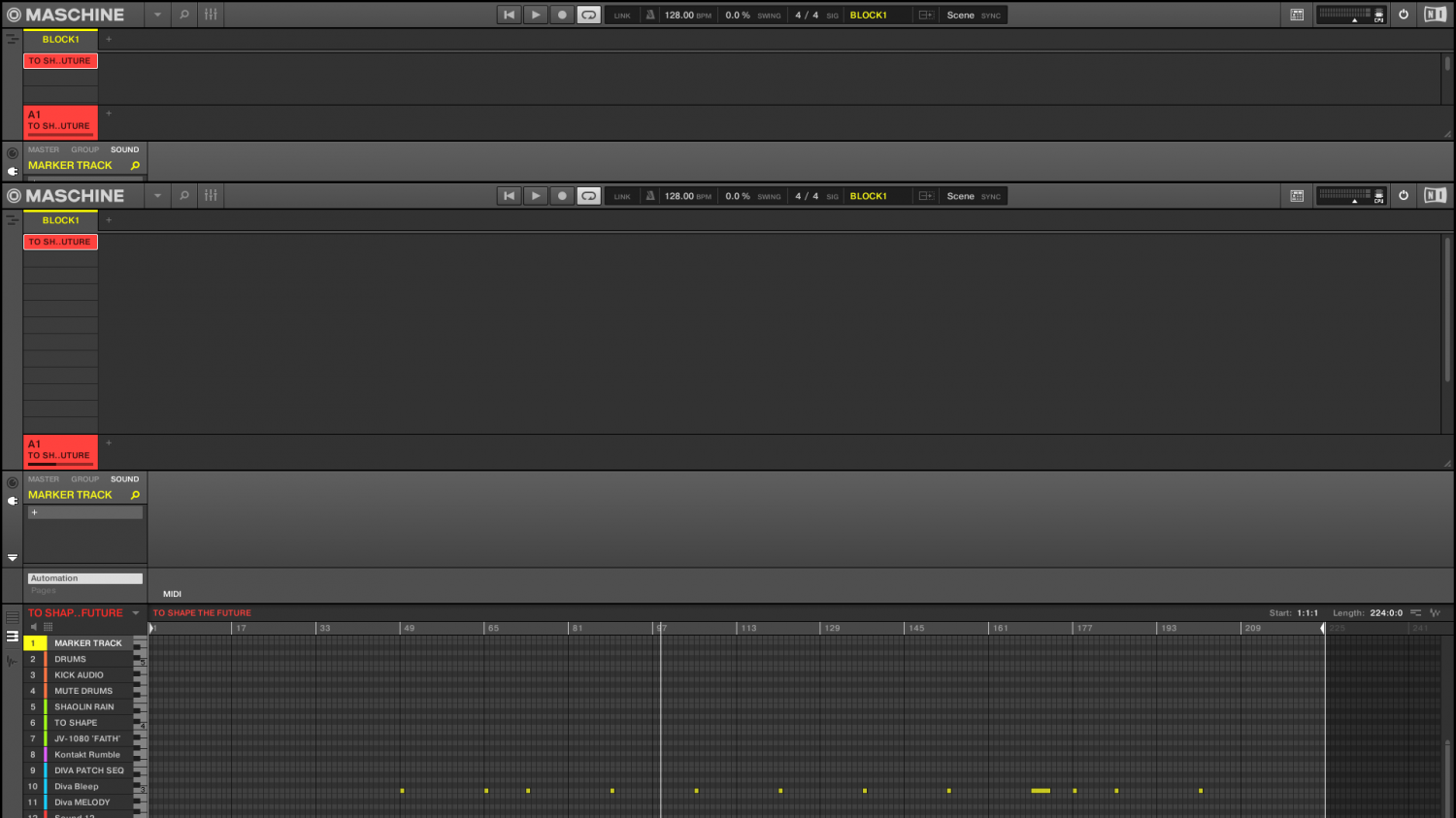 Is this a problem that other people have encountered?

It seems ironic that when you go through all the steps (rendering audio etc) to reduce CPU, then you encounter another CPU issue because Maschine can't cope with redrawing a waveform

I note that in, say, Adobe Audition, when I resize a waveform, there is no CPU issue - so it must be a Maschine issue rather than a general one related to my laptop.

Slightly losing my patience with Maschine at the moment - especially as I have spent 100s of hours working on it.