Better way to record Midi Output from sequencer vst in Maschine in 2022?

Really loving the new Rhythmizer 2.1vst from Futurephonics (https://futurephonic.co.uk/categories/software) - an awesome way to generate sequences that was originally a M4L device for Ableton

As far as I am aware, Midi fx cannot be used natively in Maschine, so I am using a slightly DIY method of using Bluecats Patchworks and loading Rhythmizer, which inputs into a synth vst AND a discontinued vst called midiLooper by Piz (https://www.kvraudio.com/product/midilooper-by-insert-piz-here) which captures the midi output and then exports as a midi file (see image) 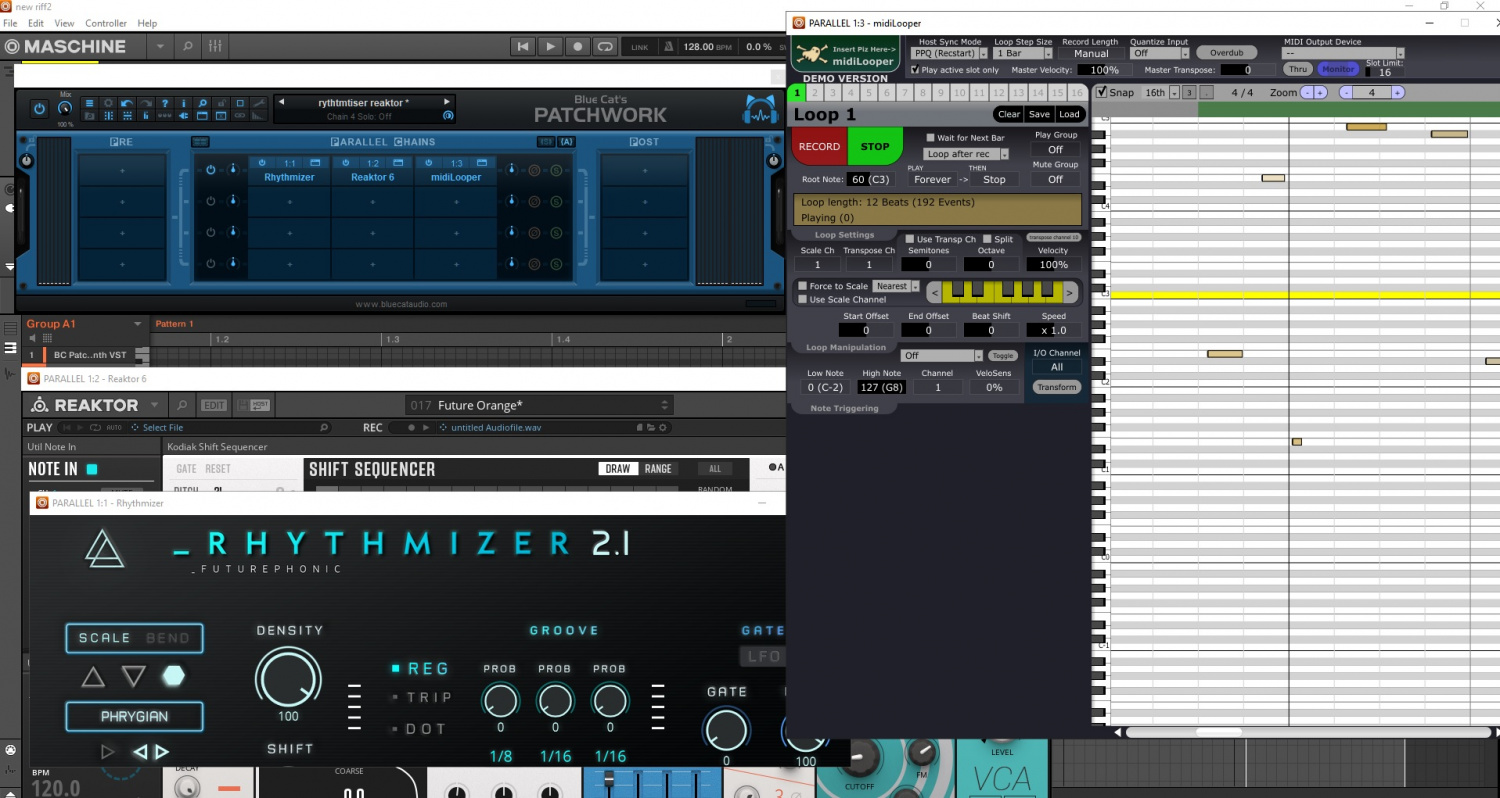 To add to it, Rhythmizer is a vst3,which wouldn't work anyway natively in Maschine

Unfortunately, Rhythmizer does not have the ability to save midi files - this a problem when using the 'looper' function in Rhythmizer which is not saveable - ie you get a good midi loop going, but it wont be saved when you next open your project

Although the above Patchworks/midiLooper method works, its not perfect and requires a load of editing and movement of the midi file generated by midiLooper before it provides the same note sequence as the original Rhythmizer looper.

I know that this question was discussed before in the old forum in 2014, but I am wondering if there is any updated ways of solving the midi vst fx in Maschine problem.

@D-One (I think) recommended the Image Line Mini Modular plugin, but it didn't work for me - it would not read any vst3s like Rhythmizer.

Are there any new vsts like Patchworks that also enable midi output to be recorded - as far as I can see, it is not possible to capture midi output in Patchworks...

As I say, my method works, but it seems a bit clunky and relies on a discontinued plugin