Is the Maschine internal code at 96k? 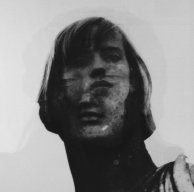 Since upgrading my system components and working at 96Khz, its clear the sound quality of Maschine is subpar. This is for a simple live line input.

Comparing the live sound (or samples, plugins, etc) routed into Maschine versus competitors, there is a noticeable step down in quality that generally is similar to going from 96 to 44.

I also noticed there is no change to the audio when switching Maschine prefs from 96K down to 44K. This makes me VERY suspicious that the internal code of Maschine is not actually functioning for 96K, despite being compliant for it. Given that the internal graphics code is not optimized for Retina displays and operating in a late 2000's decade era, I feel it could be possible the audio is the same.

Anyone happen to know? Of course, this is using the same sound driver in my other packages (Coreaudio / Fireface UFX / 96Khz).