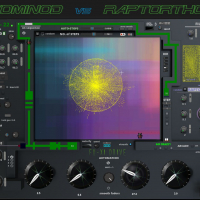 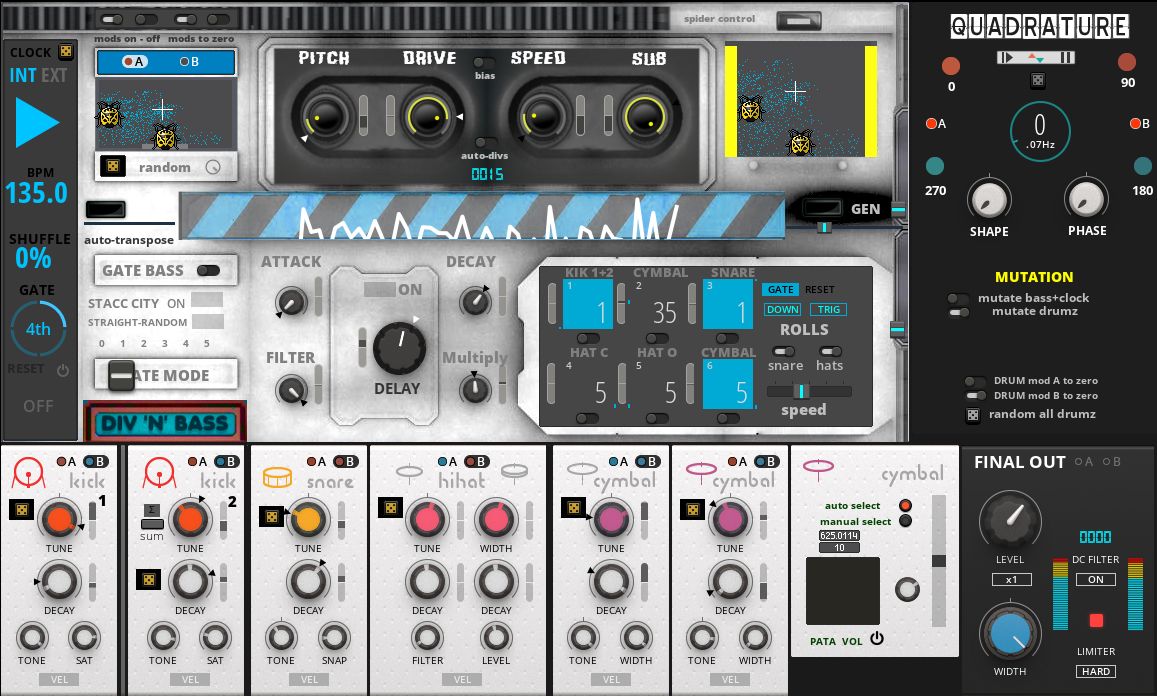 A machine with focus on the bass and drum instruments.

When modulating and using the modifiers its capable of some full on alien jazz. When modulation and modifiers are used more sparingly, its also generateso some heavy indusrial and even metal style outputs.

The DIV n' Bass Gen has 6 different gate signals that trigger the drums. The first is straight from the clock unaltered, the rest are a sequenced Gate system that modify in speed/complexity.

Each of the 6 divs have an auto-div available.

Div 3 is the snare and can generate random rolls with a speed control. There are 2 snare roll styles that willl occur random once every 16 steps

The second kik is a flip of kik 1.

Depending if the kiks are mono summed in the mixer, they can act as a single kik or a left/right dual kik

The drums are a sligthly modified niji kit which is sligthly dirtier than the originals as they all have waveshapers.

The 3rd cymbal is sample based layer thats adds onto the 2nd niji cymbal. 10 snare samples can either randomly rotate or be manual selected.

The bass generator has pitch, drive, speed and sub controls.

Stacc mode switches between a straight sequence of stacc on off

or a randomised sequence.

Thanks to Paule for the Black/yellow bass knobs.

And Hetrick for Quadrature LFO.