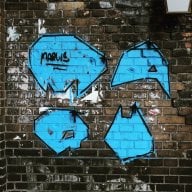 I’d love to have Molekular‘s effects as discrete blocks, with every parameter directly accessible for modulation (like with the Toybox blocks). Think about it, NI, it would be great! 😁

Probably won’t happen, so the other route would be to dive into the structure and do it myself. Unfortunately, I’m not a builder. I looked under the hood and wouldn’t even know where to begin. I can’t even tell how much effort it would take to convert the modules (or macros, I don’t know 😅) to Blocks.

Has anyone been crazy enough to attempt this? How much time and effort would it roughly take for a Reaktor non-builder to figure this out?