Have there been any issues with MCU protocol from Logic to Maschine+? 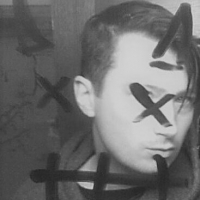 Occasionally when I started the project with playbutton on the presonus the sounds would drop out completely on the Maschine plus as if the output locations were reset to something else on the maschine. Didn't check the audio routing settings. But the buttons would flash as if they were sequenced and the maschine+ starts on transport. Just no sounds.

I just got the faderport so I'm not sure if the settings from the Faderport are messing with logic sending midi to the device. The Faderport settings are done from "Automatic set up" via logic. I took off all MIDI going into the Maschine+ aside from transport/MMC/clock.

Restarted the device, and the sounds returned.. transport starts from the faderport and logic as normal. Then later I tried adding the plugin Raum in the Maschine and the same issue happened; no sounds. Disconcerting.

This Maschine+ is only running midi transport and audio out just like a groove box. Nothing over USB.

The prior update was fine. Pretty happy with it. Is there any way we can revert? Have there been any issues with MCU protocol from Logic?