Do Not Refresh LightGuide 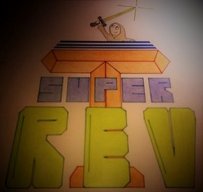 Every time you go to the prev/next preset, the keyboard lights turn off and then on again. It basically dies then comes back to life. Every single time. This is so incredibly unnecessary and infuriating.

Every time I have the unfortunate experience of watching the keyboard blink off and on because I changed the preset, I feel like the keyboard is broken or a piece of junk. If the new preset is within the same plugin, the one and only thing it's doing is changing the values of the knobs. That's all it needs to do. Almost all plugins have blue as their lightguide anyway (for some unknown reason). The lightguide doesn't need to change anything, so why is it reinitializing on every preset change?

Why not make the keyboard read the preset the user just chose (before it changes the preset), to see if it's the exact same plugin; which would be the same lightguide colour. Then it would execute a 'do not refresh lightguide' code. So that it does only what it needs to do; change whatever position the knobs are in (on the keyboard screens).

The only issue I could see with this is if someone is holding down the keys while changing a preset. But how often does that happen? So then if the lightguide is told to not refresh, tell it to disregard MIDI input during preset change and for 250ms or something after the preset is done loading. That's all it would take. If a note is on while the preset changes, it would disregard the note off message and aftertouch (until the note off is received). Problem solved.

An alternative dark mode would be nice too. All (lightguide) lights off, and only on while being pressed. Toggled on/off in the 'Setup' screen.

The KK plugin should fully stop sound when changing presets too. How often do I change a preset and hear some random delayed sound from the new preset. Which shouldn't exist because this new preset wasn't given a note to make the delay from; the note was carried over from the previous preset.

Tagged:
0
Back To Top