Where did the quickload (aka quick-load) go? 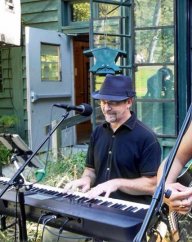 After installing Komplete 14 including Kontakt 7, my long hours of getting my quick-load setup just as I like it disappeared. Not only is it empty in Kontakt 7 (not that surprising), it's now gone from Kontakt 6. Literally, the Library/App Supp/NI/Kontakt/QuickLoad is completely removed.

Obviously, I had a backup, but putting it back in place did nothing. Previously, when I restored this folder, it would appear the next time I ran Kontakt 6, but now, nothing appears.

Ideally, I'd also like to see or import this hard-earned QuickLoad list into Kontakt 7, but at the moment I can't find a way to do that.

I'm on Mac/Catalina in case that matters.