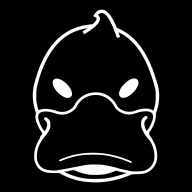 I updated the polyphase allpasses with a complete set of quasi linear-phase filters. As I said in this post, I'd been looking for a way to oversample a level detection sidechain with IIR filters. There are other potential uses for these, whenever the oversampled and non-oversampled signals need to be mixed in some way. For example, if they need to be added, these filters would avoid cancellations.

In my own level detection cases, I'm just using x2 with the low setting. This already recovers most of the intersample energy. "True peak" detectors use x4, along with a specific weighting eq. For me, the overhead of x4 is not justified by the additional precision, which tends to be < 0.1 dB with reasonable attack times (> 0.5 ms). x8 is just overkill.