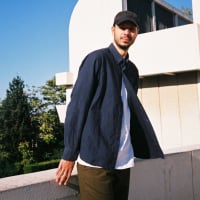 This thread provides information about upcoming patches for Traktor Pro 3. It will be updated whenever new information becomes available.

The currently available software version is 3.6.2. Please make sure that your installation is up to date.

TRAKTOR PRO 3.6.2 is a bug fix update dedicated to resolving the unresponsiveness of the CDJ-3000 jog wheel to slow pitch bends.

TRAKTOR PRO 3.6.1 is a hotfix update resolving an issue of duplicate track entries in the latest browser, as well as improving the tracking behaviour of the CDJ-3000 when facing heavy bass vibrations in the booth.

FIXED CDJ-3000 Drift with Heavy Vibrations in the Booth

Bass induced vibrations in the booth no longer cause tempo jitter and phase drift when controlling TRAKTOR via HID on the CDJ-3000.

TRAKTOR PRO 3.6 introduces the Pattern Player and Ozone Maximizer as the two first features of TRAKTOR PRO Plus’s new subscription offering. The update drops support for Windows 7/8 and macOS 10.13 and will not be available on Native Access for these operating systems.

ADDED Pattern Player (PLUS Subscription): New live-friendly performance tool adding layers of rhythmic playback of samples to the mix, controllable with the FX section of most TRAKTOR performance controllers.

FIXED Handling of Headphones Connected to your Mac: On macOS BigSur and Monterey, unplugging headphones no longer breaks the Audio Device selection in TRAKTOR. You must now manually select the headphones as your audio device in TRAKTOR’s Audio Setup preferences, because the application will no longer attempt to automatically select your preferred audio device.

FIXED S2MK3/S3 Volume Control: The low master volume output of the S2MK3 and the S3 have been fixed with a firmware update available in the download area, accessible via the Help tab of the application menu.

FIXED Broken Offset for MIDI Clock: The functionality to offset the MIDI Clock in the Master Panel has been restored.

FIXED Special Character Validation in Recording Prefix: It is no longer possible to accidentally use special characters for the prefix of recording file names.

TRAKTOR PRO 3.5.3 is a hotfix update focussing on the current issues on Apple M1 computers running TRAKTOR PRO in Rosetta mode. This hotfix update also ensures compatibility with Native Access 2. Please note that this is not the update delivering general native Apple M1 support, which is scheduled to come in Q3/2022.

TRAKTOR PRO 3.5.2 is a feature update introducing the Beatport and Beatsource Offline Locker. It allows you to store tracks locally on a computer for playback without an internet connection. Besides addressing several of the most requested bug fixes, this update also enables full compatibility to macOS 12 (Monterey) and Windows 11 as well as improving the integration of the S4MK3 and the CDJ-3000 and XDJ-1000MK2 jog wheel control.

You can now manage your Offline Locker of up to 1000 locally stored tracks – these can be played without an internet connection.

Your playlist of streamed tracks can be uploaded to Beatport / Beatsource for sharing, transferring, or purchasing.

The initial Beatport / Beatsource loading time has been considerably reduced.

The data folders storing the information relevant for the streaming services have been moved from the user’s Documents folder to the user’s Application Support folder.

Users affected by this issue can now play all Beatport & Beatsource tracks.

The application now correctly shuts down, when quitting during loading of the Beatport / Beatsource nodes on a weak WIFI.

When losing WIFI during loading of the Beatport / Beatsource nodes the application displays a warning message.

The majority of the CDJ-3000's buttons can be custom mapped individually to any mappable function in TRAKTOR.

Responsiveness and accuracy of jog wheel tracking on the CDJ-3000 and the CDJ-1000MK2 have been considerably increased.

The crash when disconnecting one of two CDJ/XDJs using the ASIO Aggregate Device driver has been fixed.

IMPROVED Automatic analysis when loading Stem file into a deck

New un-imported Stem files can now be loaded directly into a deck and played without having to analyse them first.

Decks and Preview Player have the same low loading times as in earlier versions.

A crash when loading FLAC files on windows has been fixed.

FIXED “”REVERSE”" gets stuck after 15 seconds

The REVERSE playback function can now be pressed for an unlimited amount of time without locking up.

When resuming to record with the Mix Recorder a second time in a session, the recording splits are now correctly set.

When resuming to record with the Mix Recorder a second time in a session, a change of the prefix is now correctly applied to the second part of the recording.

The CANCEL button of the operation “”Changing root folder”" has been renamed to RESTART LATER – it now does just this.