I'm building a phase distortion oscillator and as one might expect from that technique, aliasing is a major issue. I'd like to hear some opinions on the best way to approach limiting aliasing in such a dynamic and challenging situation.

A PD oscillator can create a huge amount of energy above nyquist very easily, and as far as I'm aware standard oscillator-centric approaches to limiting that, like polybleps, are irrelevant as the high frequency energy is generated by the sync process after the raw waveforms are synthesised.

Should I simply oversample the oscillator core? I can envisage a control setting where bass notes yield a peak in the upper registers that would alias even at 2x oversampling, were it played higher up the keyboard. Is a brick wall filter a good approach? What about using key tracking and sample rate to reduce peaking where the peak is above nyquist and can't be heard anyway? It seems like that would have an audible effect regardless... 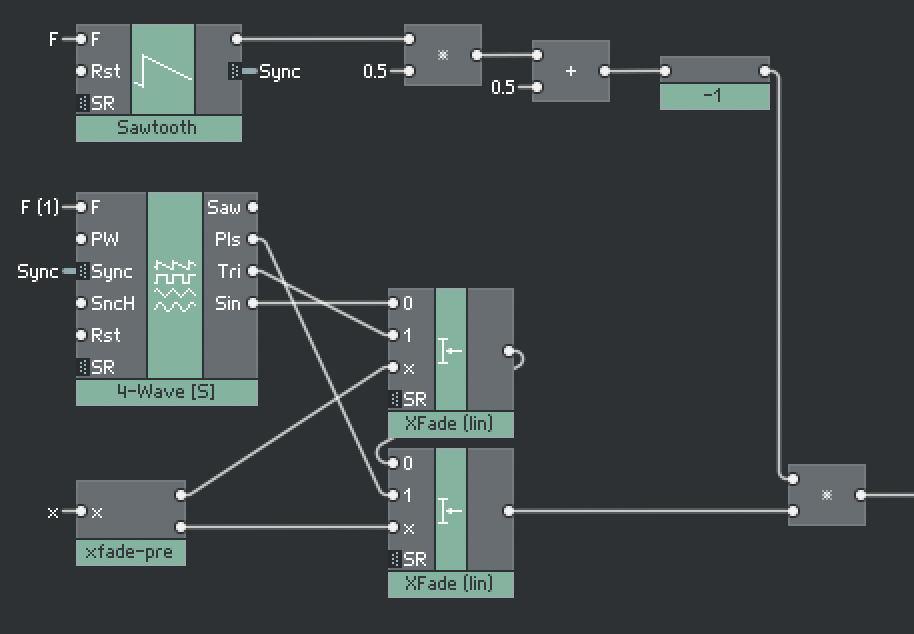 This is the oscillator core, since I'm sure people will ask. The sync is doing the job of the rising phase driver in the classic Casio style design, and the falling sawtooth is the inverted phase driver. the [-1] macro is a single sample delay.