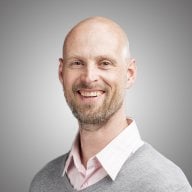 Wilmar Boer Member Posts: 10 Sine
May 3 edited May 5 in Maschine

Imagine Maschine+ supporting Guitar Rig. That would instantly make it the most flexible and creatively different than mainstream Guitar FX processor. Image what you can do with a midi pedalboard on the ground and Maschine+ with Guitarrig on a little stand in a live situation. Having an FX chain per pad would make me tab a pad per song to switch sounds between songs while using the midi-pedalboard as a controller within a pad to switch FX in and out of the FX chain. All without using a computer! And 8 rotary's per FX to edit the different FX parameters without having to bend over. Running backing tracks in another group is a piece of cake. Running a clicktrack to the drummer is possible. Adding a second audio interface would make it possible to run vocal mic's and mix them live etc... Please Native Instruments!

Megabonus would be that Maschine starts using the right screen for proper GFX display like EQ curves, compressor charts, reverb tales (RC24/RC48), instead of showing a big name of what you already know from the left screen. Now that would be amazing.

I'm on Maschine mk3 now, but will switch to Plus as soon as Guitar Rig runs on it.