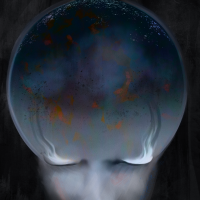 I'm running into a peculiar issue in Ableton 11 (Trial) where the transport key functionality drops out when a session containing a Komplete Kontrol VST is opened.

In a blank session the transport keys work. Mixer and mute/solo keys are lit and all the keys and encoders work properly. When I then add Komplete Kontrol to a Midi track it still works just fine, until I save and restart that session. Mixer mute and solo keys then just go dark and it won't let me return to the mixer section or use any of the transport keys.

On a sidenote I also started out using the wrong manual to install the host integration files since there seem to be multiple versions. I arrived at the conclusion that the host integration steps aren't necessary anymore since Ableton 11 provides the Komplete Kontrol S Mk2 Control Surface Midi script.

So my exact steps were these:

•Open Komplete Kontrol and let it scan the available instruments

•Set up the Audio and Midi section for Komplete Kontrol standalone

•Set up Komplete Kontrol standalone with the custom paths, then rescan

•Keep reading the old manual that refers to older versions than Ableton 10.1

•Then also follow the instrument rack instructions and drag the .adg into the user folder etc.

•I tried removing the newer Midi Scripts from the folder and using the old Komplete Kontrol MK2 script which didn't end up working. That seemed to have broken Ableton somewhat so I reset it by deleting preferences and the templates folder.

•After the fresh start I just used the new Komplete Kontrol S Mk2 script and after that the behavior changed to what I described initially.

My current working theory after this writeup is, that me following the host integration instructions from the old manual and dragging the _Nativeinstruments folder into Abletons Midi Scripts folder screwed things up as this likely wasn't reset by deleting preferences and templates in Ableton. I'll update once I reinstalled Ableton completely.

Edit: Reinstalled the Ableton Live Trial, made sure to delete the Appdata Local and Roaming folders too, the issue persists just as described.

Edit2: Maybe something to note is, that instead of controlling transport within the DAW once the control surface functionality drops out it sends midi notes instead playing instruments that I select in Komplete Kontrol.

Edit3: I don't know why I hadn't tried it earlier but I used Maschine now instead of Komplete Kontrol and Transport works just fine with it. Even after restarting the session I keep the controls. However I still have to open the VST first and click on the piano symbol to gain access to the Plug-In and Browser. I was sure that once I select a track with a Native Instruments VST the S88 should take control over it by itself.