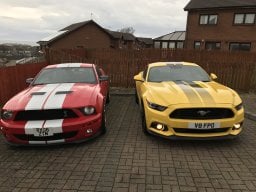 For anyone interested in the Clicky Key issue many of us have had. A high pitched rattle or click when you press the keys, or rub your hand along the keys..

Me I have sent my S88 Mk2 back to Native Instruments under warranty, because of this issue, but only for the issue to come back with a vengeance after 8 months.

The cause: After coming to the conclusion that it may be either a grease, or Lack of grease issue, I decided to purchase both Grease and Felt strips, just in case. I only wanted to open it up once. After watching a few Videos from Youtube (Linked at bottom of post)

The issue is there is almost no Grease on the posts, mine were almost completely dry. So there is no cushioning between the Keys and the inner post, its plastic on plastic, hence the loud click. So removed the keys 1 octave at a time, and greased the posts, I made sure to test each key as i put them back in, moving them laterally side to side to see if there was any movement or hitting of plastic. For the black keys there is a square slot, where i just filled this up with the grease rather than the post. But on the white keys there is no slot, so I greased the actual posts for those.. Very important to test them as you pot each key back in, as a few i had to remove and add more grease. You want no side to side movement when you test this with your finger.. gently though no force needed..

While i was there, i also cleaned the velocity membrane with alcohol, and a q tip for each octave, this is optional, but I thought since i was in there, it would not hurt to do so.. 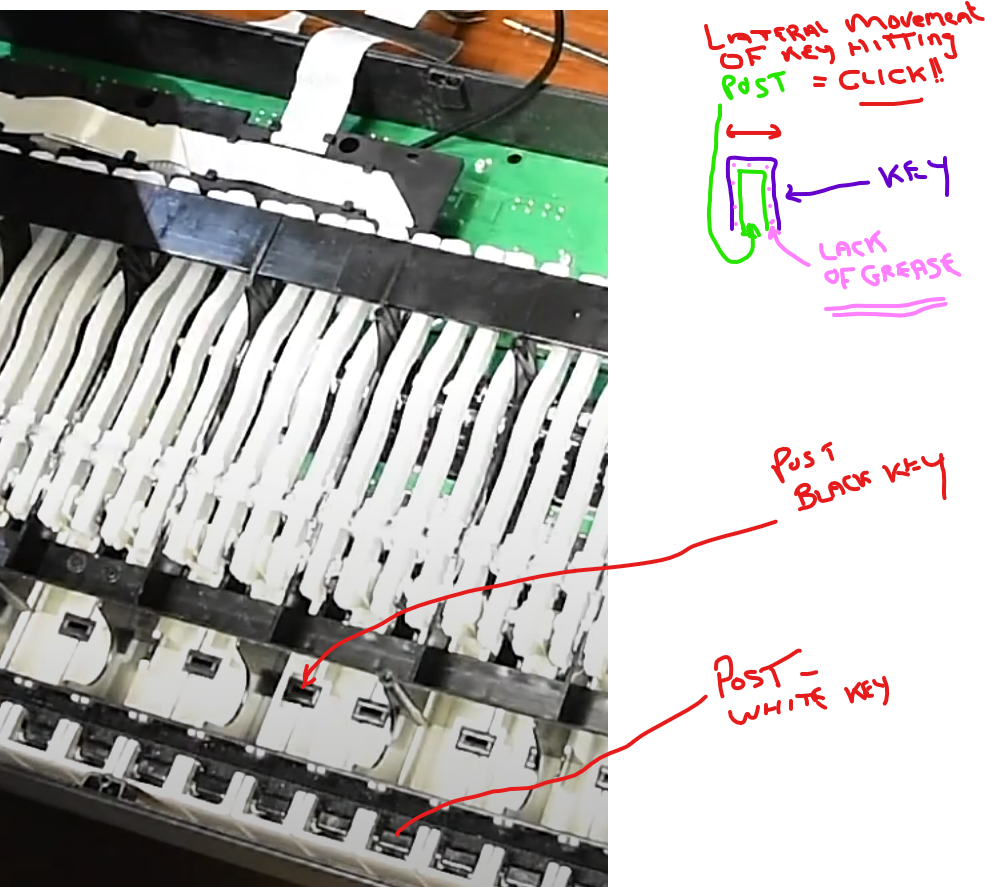 Picture below is how you remove each key. You force the key towards the back of the keybed, pushing down slightly at the pivot then lift up, the key comes off.. 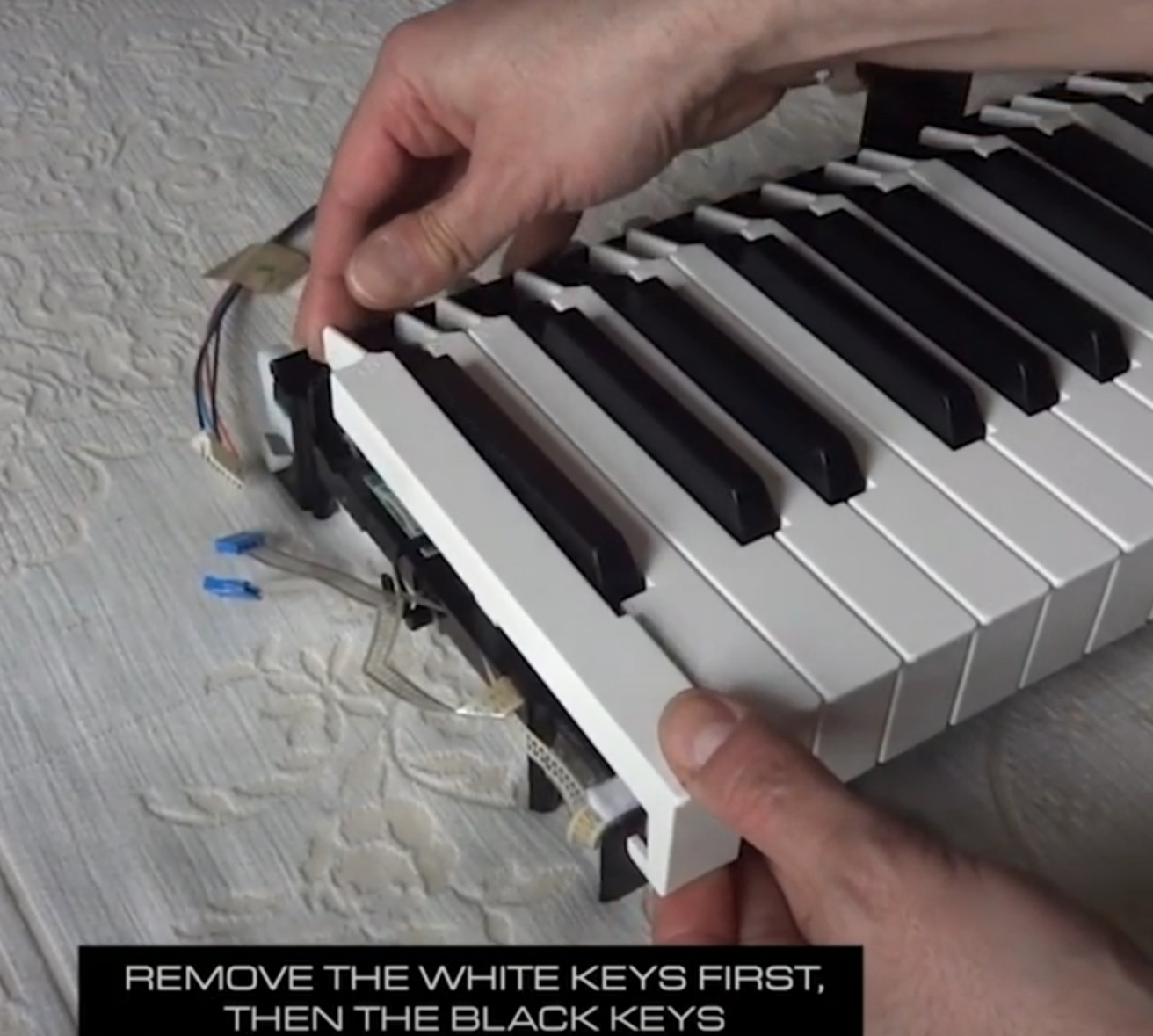 Below showing the direction to push to release the keys, also the posts for each of the key types 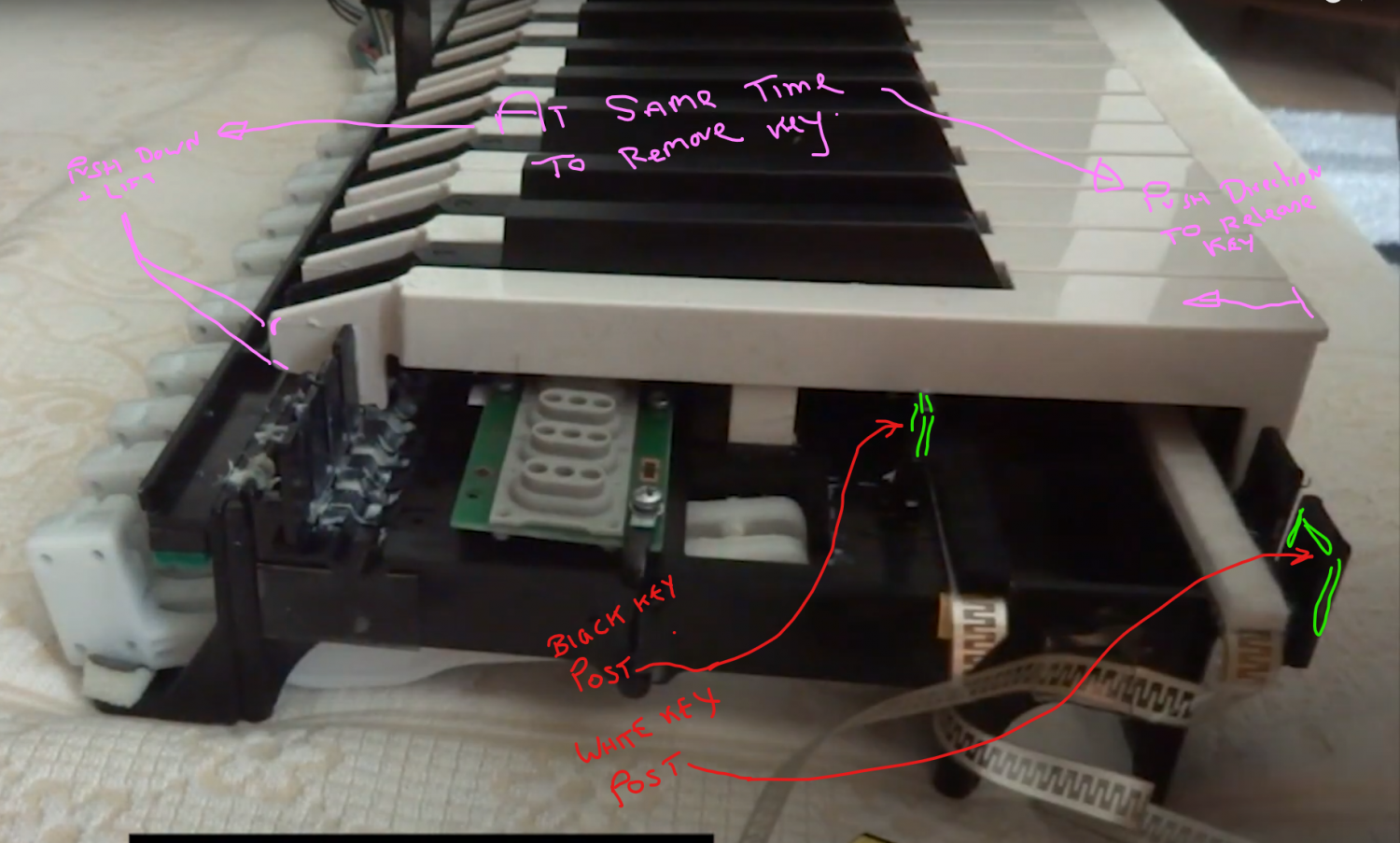 Below a better image of the posts with the grease on.. I snapped these from youtube, as i did not think to take pics while i was doing mine.. sorry for that, a missed opportunity for a video. I was a lot more liberal with the grease, than in these pics.. 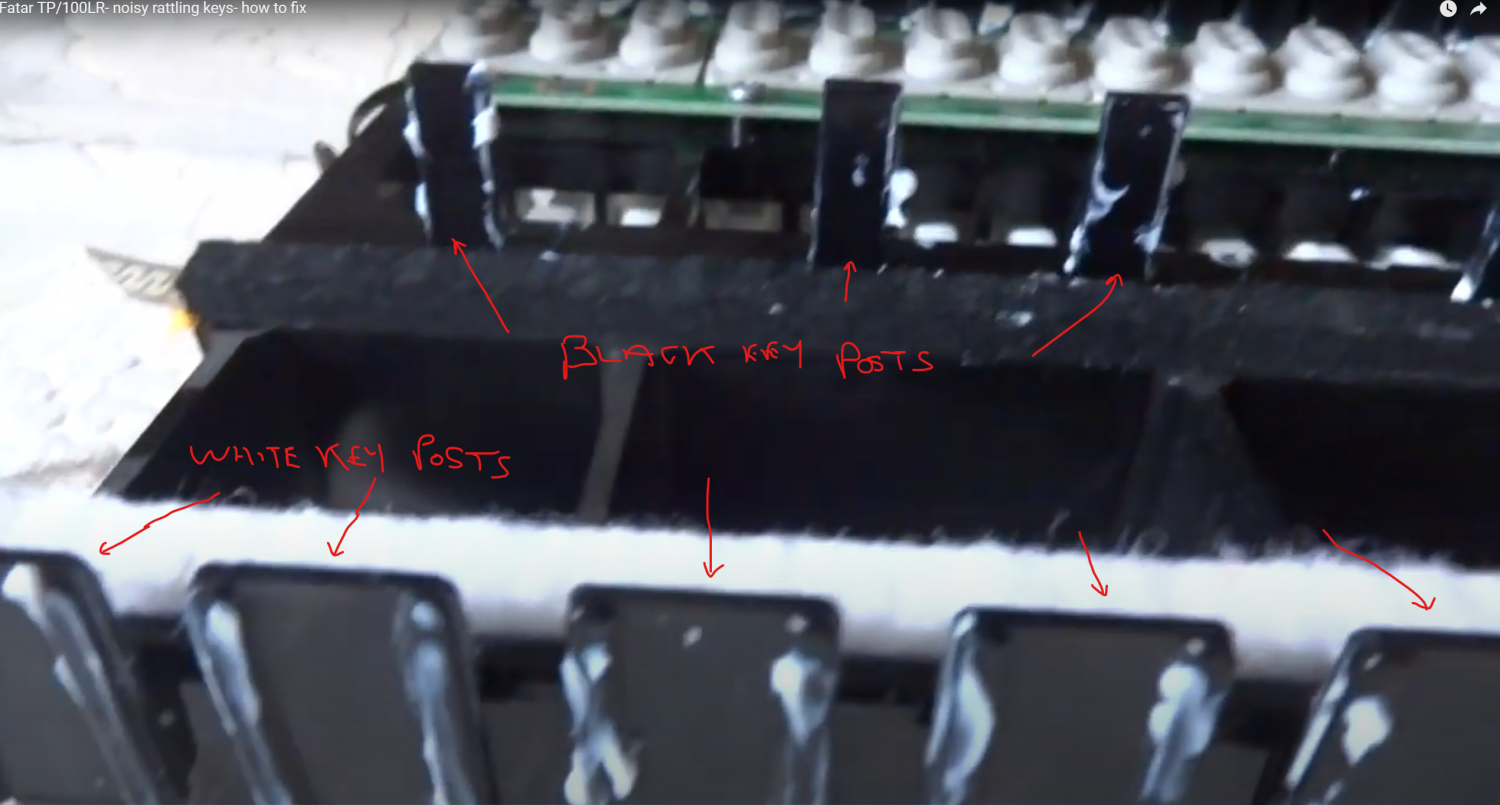 Hope this may be useful to some, I know not everyone would be keen on opening up their S88, But i know some of you would, and knowing the cause of the click or rattle, and a simple fix.. Basic technical ability required. Just go slow, watch the video, the hardest part is probably, connecting the data strips on the circuit boards there are 4 of these..

Some Links to youtube vids, and the Grease I Used: