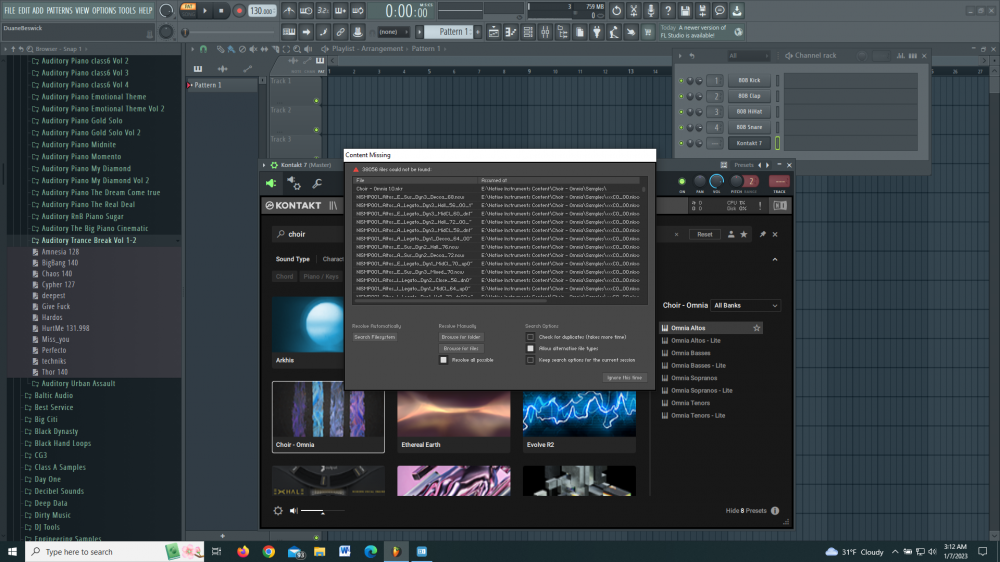 Been trying to install Choir: Omnia for about 2 weeks now, after 3 emails with tech support it shows installed in native access, and I can see the picture of the library in Kontakt 7...however when I try to load it it says files are missing...I have the content saved on my external hard drive, have had a full scan done of my E: drive and it went from over 10000 files missing to "9188 files cannot be found"...tech support is running out of ideas, anyone know how I can fix this? I have never had this much of a problem in loading Native Instruments libraries before, though this is probably the one with the most GB's behind it...