Are Kontakt Libraries file path stored within a session and not the OS? 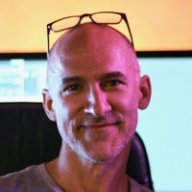 Missing files are from a library that is indeed installed on that other machine. Native Access confirms it. If I open Kontakt as a standalone app the library is there.

And yet the session is looking for that library files in a different location. The file path is slightly different in studio A vs studio B. But I am very confused why that should be a problem.

I want library BLABLA, the system knows where that BLABLA library is located, just load it!

What's the point of having Native Access if the file path of each sample is baked into each session individually and therefore married to a particular computer's configuration?

Am I missing something?